Before the season began, I wrote about which Fall shows I’d be checking out. Well, the Fall TV Season is wrapping up so it’s time to check the pulse. 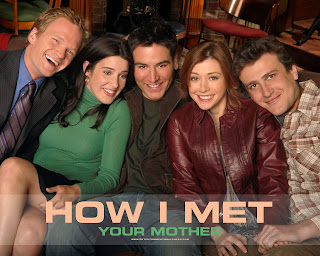 Monday’s have proven to be pretty successful for CBS. How I Met Your Mother is doing well in the ratings and having a pretty good season so far. There have been a few lackluster episodes (like when Barney/Robin break up), but overall it’s had some really hilarious moments. I’m interested to see where they go with Robin and the new guy Dan – if he’ll be just a one-off character or will become Robin’s “frozen waffles” like Marshall predicted. I also started watching The Big Bang Theory this season, since I finally caught up with the last 2 seasons. That show is consistently funny and I’m a sucker for the nerd humor. I still can’t wrap my head around the fact that it’s by the same guy who created Two and a Half Men. They’re just such different shows and appeal to such different demographics. 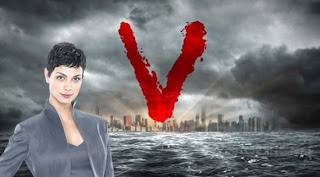 So You Think You Can Dance has been having a great season! It suffered a bit in the beginning because of the restrictions that baseball put on it, but once that was over it was a return to form and has had some of the best dancing in the show’s history. I don’t think I want it to have another fall season though. It gets interrupted too much and there really is just too much competition to get it the audience numbers it does in summer.

V only aired four episodes, but from what was there I was really intrigued. It isn’t set to return until March though, which could hurt its ratings. It didn’t air long enough to gain a dedicated fanbase, so it’ll be interesting to see how the ratings are upon its return. 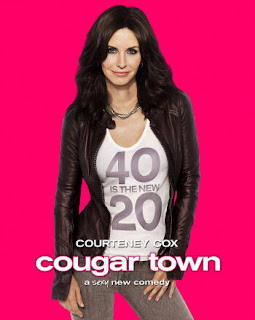 So You Think You Can Dance results shows always pale in comparision to the competition show, which is to be expected in reality TV. But, I still wish the dancers would do original solos on Wednesday nights instead of just redo-ing their solos from the night before. Some of the solos on Wednesdays were the highlights of Season 4.

America’s Next Top Model wrapped up its “Shorty” season a couple weeks ago and overall it was pretty lackluster. Nicole won, who was a frontrunner and photo favorite since the beginning. The show has been on long enough that contestants know what to say and what not to say, so it’s getting a bit boring. There definitely hasn’t been as much drama and catfighting as there used to be.

Glee is wrapping up its fall season this week and I have absolutely loved this show. It has lived up to the potential of the pilot, for me. Great songs, some great lines, and Sue Sylvester. I’m going to countdown my favorite moments sometime soon, so keep an eye out for that.

Modern Family consistently makes me question my declaration that Glee is my favorite show this season. It’s always so funny and smart! It has the humor and jokes, but a storyline and heart at its core that push it above other sitcoms like 30 Rock and It’s Always Sunny.

Cougar Town was a nice surprise this season as well. I wasn’t expecting to like it as much as I do. Courtney Cox is doing a great job of being funny in her ‘cougardom’ and not pathetic or annoying. Busy Phillips is my favorite though, she’s been so spot on as that busty bimbo with good intentions.

Eastwick has been cancelled, but I actually liked this show. It didn’t take itself too seriously, like other witchy shows have before (aka Charmed’s later seasons). It moved at a slow slow pace for somethings, but still kept the show interesting. For example, the girls JUST admitted to being witches last week, even though they’ve been doing their magic thing on their own for the duration of the show.

FlashForward has probably been the biggest disappointment for me. It’s pilot was really engrossing, but since then things have moved so slowly. I liked the episode about Bryce and his mystery lady in Japan the best, but it seemed wasted because she won’t be on the show much in the future. They should have used that storytelling structure more often with the characters we are supposed to care about. With all the behind-the-scenes problems on this show, hopefully it will improve after its hiatus in March. They can use this production halt to reasses the show’s direction and how it’ll work under the new showrunner.

The Office hasn’t lived up to its past seasons this year. The Wedding was the highlight by far. I think it suffers from being too topical. All the storylines about money, the economy, and Dunder-Miflin’s bankruptcy are too serious to produce laughs. Yes, there are some funny moments but overall it’s just too uncomfortable. Just look at last week’s episode about “Scott’s Tots” for proof. In down times like these, sometimes we want TV to serve as escapism and The Office is just hitting too close to home. 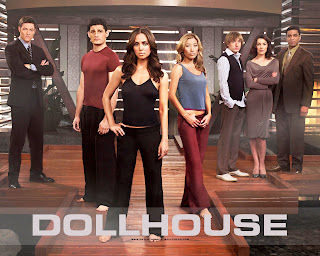 Dollhouse has been cancelled, but its just getting to the level that we expect of Joss shows now. Last night’s episodes were the best so far that have aired, and the buzz about the upcoming episodes is growing. This is the Dollhouse that Joss wanted from the beginning but couldn’t get Fox on board with.

Overall, this has been the best fall season in years. The mid-season shows also look to be really strong (Chuck! Lost! Human Target, etc), so there’s a lot still to look forward to.