The Magic is Alive in The Wizarding World of Harry Potter

Kristal Bailey · 12/17/2010
0 109 0
Walking into Universal Studios Islands of Adventure is like walking into any other amusement park: crowds, distant screams from the roller coasters, and over priced traditional park food. However, once you walk to the back right of the park to the island known as The Wizarding World of Harry Potter, it’s like stepping into a whole different world. 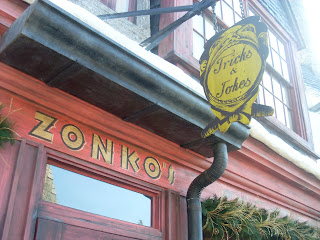 Upon entering, the first thing I noticed was the Hogwarts Express. A fitting opening! There was a conductor at the ready for pictures, and completely in character, as was most of the staff in park. After snapping some quick photos, we headed across the “street” to Zonko’s and Honeydukes, nestled in next to the other shops from Hogsmeade. While many of the shops are really just store fronts and decorative, there is no detail overlooked. Mandrakes in the herbology shop, signs for the wanted man Sirius Black, books of Gilderoy Lockehart in display cases – everything pulled directly from the world set forth in the books and movies.

Zonko’s was everything I dreamed it could be and more! You can buy so many of the products mentioned in the book, like Pigmy Puffs, Sneakascopes, Extendable Ears, and Fanged Flyers. I don’t know how great they are once you take them home, but it was amazing to see these products in existence and on the shelves. It took all my self-restraint from scooping up one of each to take home!

Zonko’s and Honeydukes are connected, so after looking at all the gag gifts I headed straight to scoping out the sweets and candy. Again, all the candies are straight out book/films: chocolate frogs, every flavour beans, etc. They also had chocolate wands, licorice hair, salt water taffy, and so much more. Once again, it’s a good thing KT was there to keep me in check, because I wanted to buy so much more than the taffy and peppermint I ultimately settled on. 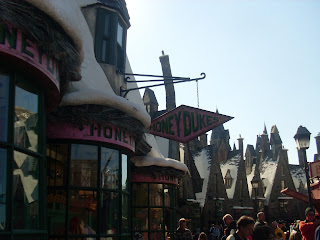 After soaking in Hogsmeade, we headed over to the Diagon Alley section and waited in our longest line of the day for Ollivander’s Wand shop. It’s mainly just a gift shop, but they call it an “experience” because you just may be the lucky one picked out of your group to have Ollivander help you choose your wand. Or rather, help your wand choose you.

The other attractions include Dragon Challenge, Flight of the Hippogriff, and Harry Potter and the Forbidden Journey. Dragon Challenge is the ride formally known as Dueling dragons, but they added in a Goblet of Fire themed line complete with Support Potter signs, the eggs filled with the mermaid voices, the Tri-Wizard Cup, and the Goblet of Fire itself. Flight of the Hippogriff is a cute kiddy coaster, “flying” by Buckbeak and Hagrid’s place. 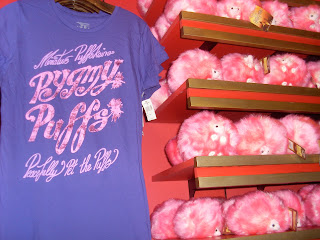 The highlight of the rides was definitely Harry Potter and the Forbidden Journey, in Hogwarts. The ride starts as a simulator ride, with Harry and Ron leading us to the Quidditch Pitch, but then somehow along the way we get lost in the Forbidden Forest with Death Eaters, Dementors, and even He-Who-Must-Not-Be-Named! How will we escape? It’s a pretty exciting ride, but is definitely not for people who get motion sick easily. I was definitely feeling a bit queasy at the end of it.

After all the rides and souvenir shopping (we bought A LOT), we stopped in at The Three Broomsticks for some Shepard’s Pie and Cider. This definitely isn’t your normal amusement park fare! It was so authentic to the world of Harry Potter that don’t even sell soda. If you want soda, a pretzel, hot dogs, etc., you need to go to another island in the park. We also had some amazing Butterbeer, which is like a hybrid of butterscotch and root beer, and it was delicious!

Overall, it’s a fantastic portion of the park and I would recommend it any Harry Potter fan!

Have you been to the park? Let me know what you thought in the comments!

Eric Bana May Be Cast In The Lead For ABRAHAM LINCOLN: VAMPIRE HUNTER

The Evil Dead II in 30 Seconds

The Magic is Alive in The Wizarding World of Harry Potter