Kristen Stewart cast as Snow White in SNOW WHITE AND THE HUNTSMAN; will star opposite Viggo Mortensen 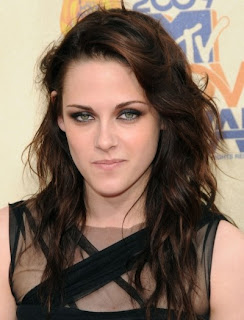 Kristen Stewart has officially been cast in Universal’s SNOW WHITE AND THE HUNTSMAN. She will play Snow White opposite Viggo Mortensen as the Huntsman and Charlize Theron as the Evil Queen.
The film is being directed by Rupert Sanders based on a script written by Evan Daugherty. The story features an expanded role for the Huntsman, who in the original story lets Snow White go after being ordered to kill her in the woods. In Daugherty’s script, the Huntsman is haunted by a white wolf that killed his wife, and there’s a pervasive sadness about the character that makes the void in his life feel quite real.

The huntsman will be chained to Snow White for a good portion of the film as the duo make their escape from a pair of bounty hunters. The Huntsman then serves as a mentor who teaches the teenage Snow White how to fight against her evil step-mother, Ravenna.

I am very excited about this casting news. I think Stewart is a solid choice for this part and will be great opposite Viggo Mortensen. The is scheduled to start filming in August.

What are your thoughts on this news?

THE ROBBER and ELECTRIC SLIDE move closer to production

Kristen Stewart cast as Snow White in SNOW WHITE AND THE HUNTSMAN; will star opposite Viggo Mortensen