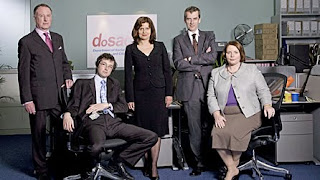 HBO has picked up the comedy series, Veep, a remake of the British BBC TV series The Thick Of It.

The Thick Of It’s creator, Armando Iannucci, Oscar nominated for In The Loop which was also based on the same show, will be providing the script for Veep and is on board to produce and direct it too.

It will star Julia Louis-Dreyfus as former Sen. Selina Meyer whose image of being vice president is shattered once she lands in office.

Here’s a hilarious clip from The Thick Of It to whet your appetite. But, be warned, the language is strong!

EXCLUSIVE: Icon confirm they'll release THE TREE OF LIFE on May 4th in the UK, BEFORE the Cannes premiere!