House Of Balloons by The Weeknd – album review 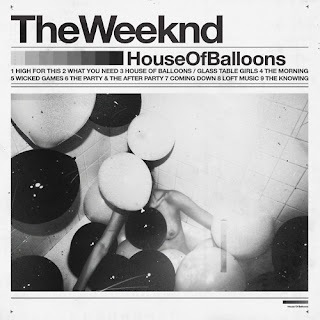 You know when you hear something for the first time and you instantly get the impression that its going to manifest into something much bigger with time, well thats precisely the feeling I got when I first pressed play on House Of Balloons. The Weeknd aka Toronto’s very own Abel Tesfaye has quite literally appeared out of nowhere. Dropping this mixtape with no known prior material Canada’s latest export has left many music critic and member of the bloggersphere in awe.

The primary description of The Weeknd’s style would be RnB but the truth is its so much more than that, if you can imagine what The Dream mixed with Burial would sound like then your half way to understanding what to expect from this record. House of Balloons is a moody, dark, experimental and atmospheric piece of music. Merging cold and somewhat desolated ambience with really deep and broody bass lines along with tightly wound snapping drum patterns and sleazy, seductive vocals House Of Balloons is an RnB album that cuts way beneath the surface. Its primary elements easily takes it so many levels above most contemporary RnB but what really makes this record stand out is the additional elements scattered throughout which helps elevate the musicianship of the record even higher. Applying samples from Beach House and Siouxsie and The Banshees shows that as a producer Tesfaye has a mind which is heading in a different direction to the rest of his contemporaries in this genre. But its the slow burning hypnotic grooves and dark gritty tone of the album which not only gives it a strong sense of character but the ability to stand out in a somewhat over saturated market.

Despite their being a lot of positives to this record I did have one major issue with it and that was track length I felt certain songs perhaps went on for too long, a little bit of nip and tuck would have definetly benefited House of Balloons. But as it stands this record is doing things nobody else in this field is and more to the point there doing it incredibly well, great ideas and great execution to boot. A great start for an artist that shows a whole lot of talent and even more potential.

Will Smith and son Jaden to appear in Shyamalan's latest.

House Of Balloons by The Weeknd – album review