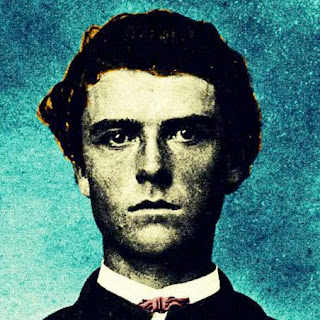 Its been a long time coming but its finally here, one if not the most anticipated album of the year has finally landed. But the big question is does Goblin justify the hype its been building and does it match those very high expectations? You might want fix yourself a cup of tea and something to eat for this will be a long one.

For those of you who may have been residing under a rock the last year and dont have a clue who Tyler The Creator or Odd Future are let me break it down real quick. Odd Future are a LA based rap outfit founded and led by Tyler. The click have put out between them as a group and as solo artists about a dozen mixtapes in the last couple of years. But it wasn’t until last year that the group started to be picked up, not by Hip Hop blogs but by people on the Indie Scene. Their raw energy and dark, often controversial subject matter alongside their general dont give a fuck attitude has seen them propelled into the spotlight in the last 12 months. Tyler himself blew up big time after he dropped his first self released album Bastard last year. Mix the excitement and momentum gained off the back of that, the game changing performance on Jimmy Fallon, the SXSW shows, the video for Yonkers and the ever increasing media coverage and you have not only sky high expectations for Goblin but a lot of fodder for  the albums lyrical content. Now you have a bit of back story, we can commence.

I myself am a self confessed Odd Future fan, I love the way the group as a whole and Tyler as an individual has injected a much needed shot of energy into the music industry. I love the fact that they have bucked the system, they’ve stuck to their guns, done what they wanted to do, said what they wanted to say with no compromise and broke through on their own merits. I love the fact that their smash mouth take no prisoners attitude and artistic direction has got people talking and has made people look at dark subjects they dont want to address. In short I love the idea of Odd Future and so far I’ve been a big fan of the music itself, but im not so absorbed by the group that I will let personal endorsements cloud my judgement. I’ve seen it before and perhaps even in the past I myself have been guilty of defending something that isn’t as good as I think it is because of personal attachments to an artist. But no matter how I much I dig Odd Future and Tyler himself there is no way my “fandom” for lack of a better word can let me sit here and tell you this is a good album, it has its moments but a lot of whats on this LP is pretty horrible.

For starters and this is a big problem this album is just way too long, it stretches too about one hour and thirteen minutes which wouldn’t be too bad if it was consistently brilliant but the truth of the matter is they’re is a lot of bad compositions, production and all round filler on this thing. Tracks like the seven minute “Fish”, the instrumental track “AU79” and “Bitch Suck Dick” which im presuming is a take on a lot of hype MC’s just seem totally pointless and add nothing but issues to the album. Goblin would have been so much stronger if it had scaled itself down and left a lot of things off the final copy, but its overall bloated demeanour is just the tip of the iceberg. Im a fan of Tyler keeping it real with rugged beats but personally I was expecting production and sound quality on Goblin to step up instead it takes a step backwards for the most part. A lot of the drum beats sound really tinny and cheap, and a lot of the crunch needed to push the energy musically speaking is just lacking in a lot of places. As for the synths they too sound cheap but I actually like the texture of them and the sounds produced from a lot of the synth work coupled with the chord progressions used on Goblin definetly shows that Chillwave artists like Washed Up have had an influence on Tyler. A lot of the compositions dont really seem fully accomplished either which is a shame because if you’ve ever seen Tyler play the piano you know he is actually a talented musician it just feels with Goblin he isn’t really letting that show as much as he could do. However that isn’t to say that all the music on here is bad far from it. Just like everything else I liked about this album when the music is on point its ON POINT. Tracks like “Tron Cat”, “Yonkers”, “Sandwitches” and “Radicals” really extenuate all the qualities of Tyler’s music that I’ve liked so far and its tracks like these which I will be returning to most on this album.

In regards lyrical content and what Tyler’s trying to say on Goblin again its a mixed bag full of pro’s and cons. On one hand you have this demonic, fractured side of Tyler who conjures up all these different personalities to push forth this pretty offensive and times horrific agenda of violence and sex. It’s this that his helped push Tyler so far into the media forefront and when he’s in this zone, when he’s completely immersed in these characters its easy to see why he’s made such an impact. That was one of the most appealing factors of Bastard, the fact that although it wasn’t a concept album the idea that its core structure was Tyler or the may varieties of Tyler talking to his therapist throughout the whole album without breaking character really sucked you in. At points you felt what Tyler was saying within his lyrics was downright evil yet there was a cathartic and confessional sense to him as well which gave him a really humanistic quality. You get that in parts on Goblin too in fact when he puts those elements into effect, again he does so with both authority and conviction. For example the song “Tron Cat” is the most full on and offensive/scary I’ve heard Tyler, he or rather the character of Tron Cat is talking about raping pregnant women and eating people. Yet on the flip side the track “Nightmare” allows him to spit in a very earnest fashion about his relationship with missing Odd Future member Earl. Also on the track “She” shows how he is just a regular person, who like every other regular person is somebody who yearns and craves for love. Had this contrasting subject matter and delivery kept itself in check for the albums entirety I could be more forgiving for its problems on the musical side. But there is something that dilutes this effective lyrical union and that is the commentary on everything thats been happening the last year. On Goblin Tyler is all to keen to adress the last 12 months, for the most part he’s talking about basically he hates the fame and the attention and he just wants to live a normal life. To me this seems really whiny and ultimately overly self masturbatory. Granted Tyler is still young and there is a sense of naivety to him but surely he’s old enough to realise you cant have it both ways, you cant get the success and attention you want without the coverage, without the hype. It seems like such an oxymoron because without the coverage, without the hype he wouldn’t be at the level he is now and he wouldn’t be in a position to complain about the things he complaining about. This actually annoyed me a bit as did the apologetic nature of some of the disclaimers on this album, at points Tyler makes statements reinforcing the fact that what he’s saying isn’t real. Its an act, we get it I really dont think at this point it needs to be said. On one hand I can see in this day and age where the media misinterpret everything he might feel the need to cover his back, but really it feels like its diluting the content and breaking character.

Overall im really split by Goblin on one hand a lot of it is awful and totally disposable but when its on, its firing on so many cylinders its ridiculous. Ultimately however it left me pretty dissapointed I had such high expectations that just weren’t met. Whether thats my fault for buying into the hype machine too much or Tyler’s for not fulfilling his potential is neither here nor there. What matters is not to dwell on the disappointment too much and hope the future can provide something with which I can vibe with more heavily.

The Speaker Box Below – Episode 62