A Who’s Who Guide To X Men First Class

Seeing as Matthew Vaughn’s long awaited retrospective look at the mutant revolution kicks off this week, here at Napiers News we thought we would take a look at some of this years key figures from Xaviers school for the gifted. So step inside and get yourself acquainted with the characters of First Class. 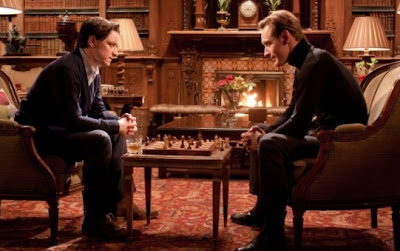 Charles Xavier aka “Professor X” & Erik Lehnsherr aka “Magneto”
If you’re familiar with X Men as a whole even if its with just the original set of movies then you will know doubt know a little about these two central characters. I’ve grouped these two together because I think ultimately it will be the relationship between Xavier and Magneto which will either make or break this movie. We’ve seen them as sworn enemies but First Class dials it back a little to show the two as close friends who both share a mutual respect for each other and their race. What I think will be most interesting about their role in First Class is how they both want a better future for mutants. Charles out of love and understanding of his fellow kind wants to excel the academy and the potential of his students. Yet on the other hand driven out of fear and anger from his days inside a nazi concentration camp Magneto wants to take a more direct and forceful approach to securing the fate of mutants. The pair share a unique relationship and I for one cant wait to see it unfold. 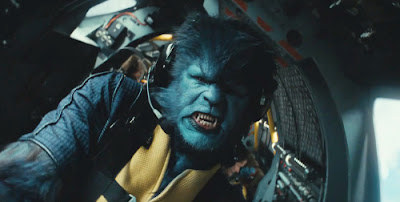 Hank McCoy aka “Beast”
Originally appearing in X Men nearly 50 years ago it seems fitting that Beast was included in the line up for First Class. McCoy has a wonderfully gifted mind, being somewhat of an expert in such fields as genetics and biochemistry, its quite ironic that his gift has seen his own biochemistry alter to the n’th degree. Whats interesting about Beast is that his natural gifts have bestowed upon him both a strong intellect and superior strength making him quite a deadly force to be reckoned with. Hank obviously starts the film in human form and increasingly becomes more like the blue furred behemoth so im expecting to see quite an incredible transformation within the film.

Raven Darkholme aka “Mystique”
Originally portrayed by Rebecca Romijn in the first three X Men films the blue scaled shapeshifter is played by rising star Jennifer Lawrence in First Class. Known for being a manipulative villain this time round we get to see a more human and compassionate side to Mystique. Although so far there has been hints of a potential romance between her and Beast in the film it might be of interest to know that the character Azazel is also in First Class. The reason this is of importance is because in the comic mythology of X Men Mystique and Azazel are the parents of Nightcrawler (played by Alan Cumming in X2) so perhaps there may be a love triangle on the cards, one which might be the catalyst that propels Mystique to the dark side. 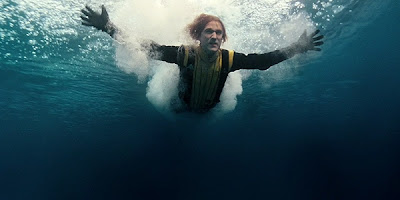 Sean Cassidy aka “Banshee”
A mutant of Irish descent introduced to the world of X Men in the late 60’s Banshee is an interesting characters for many reasons. One of which is his power, Cassidy is able to project a “sonic scream” which has the capacity to create a powerful force of physical vibrations. In comic mythology Banshee has always been depicted as considerably older than most of the X Men, could this possibly lead him to be the designated leader of the X Men in first class? 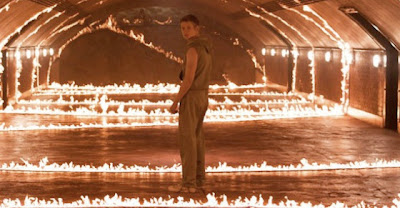 Alex Summers aka “Havok”
Son of Corsair (Major Christopher Summers) and brother to Scott Summers (better known as Cyclops) Havok is again a character from the early incarnation of the X Men universe and his notable sibling may provide his character with a very interesting story arc further down the line. With his ability to absorb cosmic energy and focus it into offensive attacks makes Alex Summers a worthwhile and effective member of the X Men.

Armando Munoz aka “Darwin”
After being abandoned by his birth mother due to his mutant abilities Darwin was found and fostered by Moira McTaggert which is how he ended up at Xaviers school. His abilities allow him to instantaneously evolve to adapt to whatever situation he faces. For example if he is trapped underwater Darwins body provides him with fish like gills allowing him to breathe. His abilities alone should hopefully provide some great action sequences for his character to deal with.

Moira McTaggert
As mentioned above Moira is the foster carer for Darwin, brought into Xaviers school as a house keeper Moira is so much more than hired help. With a noble prize for her work on genetics under her belt Moira is very much a strong asset to the team. One interesting point to keep an eye on is the fact that in the X Men mythology Moira and Banshee have an on/off love affair for years. Could we see the begginings of this turbulent relationship in First Class?

Sebastien Shaw
Known to the outside world as a legit entrepreneurial businessman Sebastien Shaw is something much more sinister. A mutant who can absorb cosmic energy and turn it into a raw strength will no doubt prove a significant physical barrier for Xaviers students. Combine this with the fact that Shaw is an illusive member of the Hellfire Club (a secret society hell bent on world domination) and you have all the makings of a great villain. Plus after seing Kevin Bacon (who will be playing Shaw) as the villain in James Gunns anti-hero indie flick Super I have another reason to be excited for this film.

Emma Frost
Emma Frost (played here by Mad Men’s January Jones) is also known as The White Queen of The Hellfire Club. She has telepathic abilities and can transform her skin into a diamond form which provides both strength and durability. In the X men mythology she starts off as a villain but eventually becomes a central figure within the realm of the good guys. Can we expect to see her make moves towards the light or will her ice cold and relentless demeanour prevail throughout? Whatever direction they take the character the vast and varied back stories to Emma Frost will provide them with plenty of options in which to develop this character.

Angel Salvadore
Cast out into the world on her own at an early age, the character of Angel Salvadore is a great choice to showcase the alienation of mutants. The naivety and vulnerability of this character will no doubt put a heavy spin on the idea of these young outcasts needing guidance. The insect human hybrid that is Salvadore also has a history of being mentored by Emma Frost will this be a factor in the movie? If so what does that mean for the future of her character?

Azazel
Im so pleased that Azazel is a part fo this film, one of the most interesting villains from the X Men mythology. Although he is quite literally a demonic figure (which throws in an element of the supernatural into the mix) he has a human side to him, whether or not we will get to see this in First Class is unknown. What we do know is that his arsenal of powers is pretty impressive, telepathic abilities plus the power to teleport and shape shift make Azazel a very powerful foe.
So there you have it, a little insight to some of the key players from First Class, as you can see with over 50 years of source material they’ve had plenty of options to work with. Whatever direction the film takes one thing is for certain there is an abundance of great characters who will make for a very exciting start to hopefully a long running saga.
Tags:X-Men: First Class
Previous post

X-MEN: FIRST CLASS 2, THOR 2 and RISE OF THE PLANET OF THE APES 2 release news plus more!

A Who’s Who Guide To X Men First Class