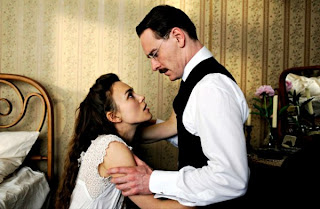 The first trailer for A Dangerous Method, the new film from David Cronenberg, has finally been unleashed online.

Set on the eve of World War I, it stars Viggo Mortenson as Sigmund Freud and Michael Fassbender as his mentor Carl Jung as a woman, played by Keira Knightly, tears them apart.
David Cronenberg is the director of Oscar nominees A History Of Violence and Eastern Promises so this movie, which will have its premiere at the Venice Film Festival, is almost certain for awards success.
Check out the trailer here:
Tags:Viggo MortensenVincent Cassel
Previous post