Christopher Nolan and David Fincher discuss THE TREE OF LIFE 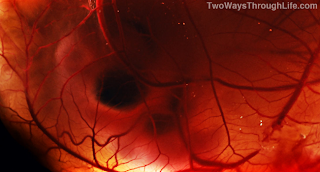 Two modern film-making legends, Christopher Nolan and David Fincher, the former being the man behind Inception, Memento and The Dark Knight and the latter the man behind Fight Club, The Curious Case Of Benjamin Button and The Social Network, sit down to discuss the work of the enigmatic Terrence Malick and his latest release The Tree Of Life.

Terrence Malick, a man who only makes one film every decade, is considered to be one of the greatest living film-makers with his movies, from Badlands to The Thin Red Line, constantly gaining critical praise. The Tree Of Life, his first release in six years, is no different having won the Palme D’Or at Cannes and already being considered an awards contender.
Here, Christopher Nolan discusses how much the man has influenced his own work and how recognisable his movies are and David Fincher assesses Malick’s unique process of making a movie.
The movie comes out in the UK on Friday.

Christopher Nolan and David Fincher discuss THE TREE OF LIFE