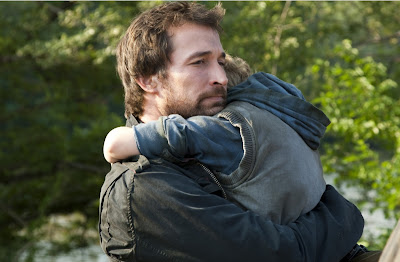 The first season of the top basic cable series in the country put out some pretty big numbers during its run. Its already been picked up for another season and justifiably so. Popularity has increased as does the amount of households that tuned in to watch it every week. Read the press release for it below:

“TNT’s Falling Skies – the #1 new basic cable series in the United States – ended its first season Sunday night with 5,623,000 viewers, plus an outstanding 2,531,000 adults 18-49 and 2,835,000 adults 25-54. These Live + Same Day deliveries mark the show’s best performance since the June 19 premiere. After scoring cable’s top new series launch of the year, Falling Skies ranks as basic cable’s #1 new show of 2011 among viewers and tops all scripted basic cable series this summer with adults 18-49 and 25-54. TNT has already renewed Falling Skies for a 10-episode second season, slated for 2012.

Falling Skies – which stars Noah Wyle and comes to TNT from DreamWorks Television, TNT Productions and executive producer Steven Spielberg – also premiered in markets worldwide this summer, marking the first time a TNT series was launched around the globe. The series will ultimately appear in more than 115 international markets on a variety of networks. Falling Skies has been a hit in the United Kingdom, Australia and Latin America, among many other places. Falling Skies set records in numerous markets, including Spain, Germany and Austria, where the premiere ranked as the best series launch ever for TNT networks in those countries.

“The terrific performance of Falling Skies shows that a compelling series appeals to people of every background,” said Michael Wright, executive vice president and head of programming for TNT, TBS and Turner Classic Movies (TCM). “We’ve had the privilege of working with a terrific cast and crew, led by Steven Spielberg and our partners at DreamWorks. All of us are excited that Falling Skies has become a global success.”