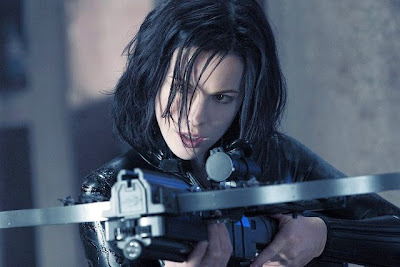 Part four and what feels like still counting, the UNDERWORLD franchise has released a trailer for its fourth installment due out next year. UNDERWORLD: AWAKENING will debut in January and will see the return of its original hottie, Kate Beckinsale. It continues the trend of its dark environments and slow motion action sequences as expected now bringing humans into the fray along with the vampires and lycans. Watch the video below and let us know what you think.

Synopsis:”After being held in a coma-like state for fifteen years, vampire Selene (Kate Beckinsale) learns that she has a fourteen-year-old vampire/Lycan hybrid daughter, Nissa, and when she finds her they must stop BioCom from creating super Lycans that will kill them all.”

A third trailer for UNDERWORLD AWAKENING