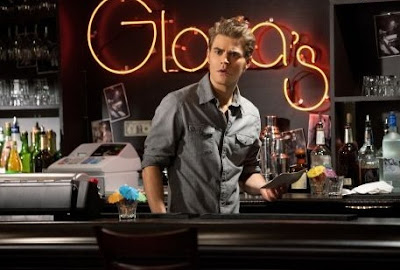 Putting the “Dairies” back in “The Vampire Diaries”
Tonight the diaries trope finally came back! For a show based around the diaries of Elena and Stefan, it’s a trope that is rarely used and was last season in the first few episodes. I didn’t miss it at all, but this week it was used perfectly. Elena’s reading of Stefan’s diary and the flashbacks to the 20s provided two different views of the same events. Throw in Klaus’ retelling and we get the full picture of just who The Ripper was during the roaring ‘20s.
Each week we learn more about just how dark Evil!Stefan was and I continue to love this dark and twisted past that Paul Wesley is showing. The scene in the speakeasy, where Stefan forces a man to watch him bleed his wife into a glass and then drink it – it’s no wonder Klaus wanted him on his team! This whole time, it wasn’t just because of The Ripper’s legendary exploits, it’s because they actually were friends before. Stefan loved his sister, another Original Rebecca, and the three would drink and feed and torture together. 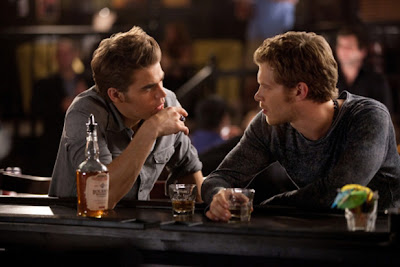 It made sense for Stefan to forget their friendship, since we know he blacks out his darker moments. But the reveal that it was actually Klaus who suppressed those moments brought a whole new level to their relationship. There wasn’t much time to show Stefan after those memories returned, but it will be very interesting to see if his old feelings for Rebecca will overpower his current feelings for Elena. Will this knowledge of his friendship with Klaus make him a more willing lackey?
Mixed into all these memories and prohibition, we find out that a necklace that Elena now owns is somehow connected to The Original Witch. We were introduced to a new witch, Gloria, who’s been slowing down her aging since at least the 20s. I’m seriously wondering if only black women can be witches since that’s all we’ve seen in the show’s universe. It’ll be interesting to see how Rebecca knows her and just how they’ll contact someone who’s long dead. 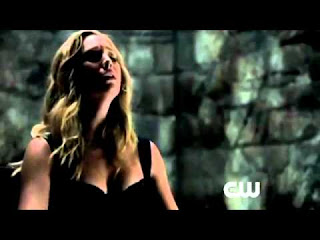 Caroline’s Daddy Issues
At the end of last week, we found out Caroline’s dad was the one who kidnapped her after her night with Tyler. It turns out, her family has been in the vampire torture and killing business for generations. Her mother has finally come around to her as a vampire, but her father hasn’t been around to partake in this.
I’m tired of seeing Caroline being tortured. Is this the 3rd time she’s been the victim? I think it’s time for someone else to have a turn. Thankfully this torture isn’t going to continue in the next episode since Tyler and the Sheriff came to the rescue. I miss the Caroline/Matt relationship and that scene in her bedroom reminded me of them so much. Poor Caroline is going to have daddy issues for the rest of her very long life.
Other Odds and Ends

What did you think of the episode? Are you enjoying Season 3 as much as I am? Let me know in the comments!